A while back Valve shipped out the Knuckles EV 1.3 developer kits to VR devs, a new hand controller which improves upon the original Vive Wands. Knuckles EV2 is the next iteration and improves upon the original design in many ways, including ergonomics, battery life and new sensors. The new sensors are the most interesting aspect as these controllers have force sensors which can detect a range of pressures placed upon them, supporting much more precise hand movements in VR. You can read more about that and Skeletal Input here. 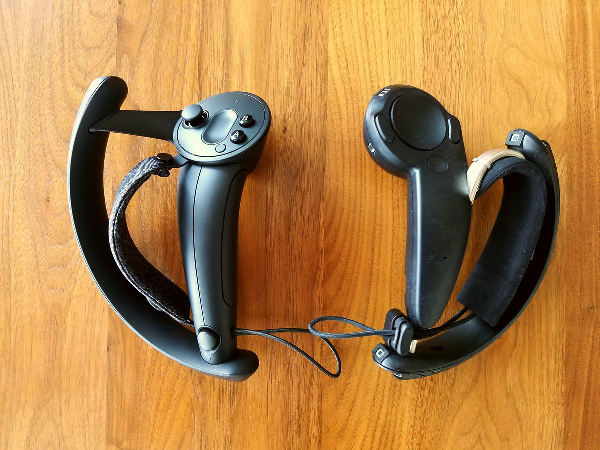 Comparison of Knuckles 2 (left) and 1.3 (right) - photo by @ColinNorthway​
In order to exhibit the possibilites of EV2, Valve have produced the Moondust tech demo. EV2 developers can download and try the demo here. Moondust is set in the Portal universe, and involves a range of mini-games such as crushing rocks for Aperture Science to increase their moon-rock gel stores, control a giant robot, drive a moon buggy and assemble a space station in orbit.

The demo was developed in-house at Valve however it appears some independent VR developers also contributed to the development. Check out the video below!