In today's article, we're going to talk about Barking Dog Studios' contract work for and contributions towards Valve's titles. After the release of the original Half-Life, the Canadian studio soon entered a collaboration with Valve in which they worked on a number of projects including one of the early beta versions of Counter-Strike. To learn more about the company's collaboration, we contacted Barking Dog's co-founder and designer Chris Mair to answer our questions.

Mair states that their goal with these maps was to create new game ideas that broke away from the standard 2Fort-style of gameplay. The levels had proved popular in their internal playtests and those with Valve. While they were intended to be officially included with the game, this plan was never carried out, and Mair remarked he wasn't sure why Valve came to that decision. Despite this, some of the content from these maps can still be found distributed with various versions of TFC.

As Valve decided not to include the maps, Mair received permission from Gabe Newell to release them independently. Barking Dog worked out a deal with PC Gamer magazine to include the levels on the cover disc of their May 2001 issue. However, to Mair's dismay, few players discovered the maps from this limited release, relegating them to near unknown status afterwards.

After Team Fortress Classic, the team moved on to work on Counter-Strike.

You can download the maps from this link.
https://dropbox.com/s/60qj5grr9bw2997/tfc-pcg.exe

Taking place in a large missile silo, Eleventh Hour is a Tug of War map in which both teams must deliver two keycards to each of the security doors located in their enemy's territory. This gains access to the map's Control Center where they can launch the missile, achieving victory. One Red and Blue keycard is placed in their respective base, while a neutral Green keycard sits within a contested zone in the middle of the level. A hologram table sits in each base showing the current status of each security door. 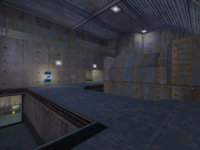 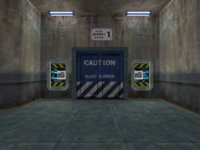 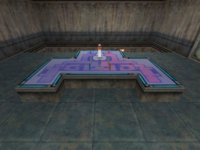 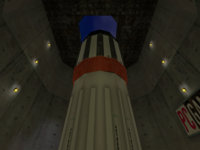 Set in a seaside warehouse, Monkeypox is a CTF Infiltration map which features three teams battling it out. The Red and Blue teams must attempt to poison each other with a Bioweapon initially stored inside the freezer of a nearby docked ship. A team member must deliver the Bioweapon, which is constantly leaking and will continually damage the carrier, to the ventilation room of the enemy base. The Yellow team begins on the ship and must protect the Bioweapon from being stolen by either Red or Blue members, earning points for keeping it safe within the freezer. 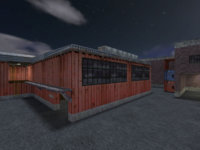 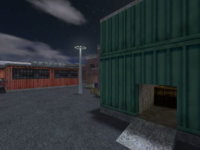 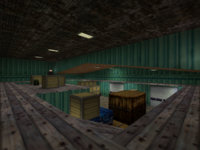 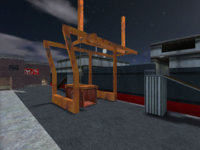 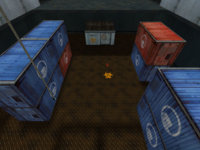 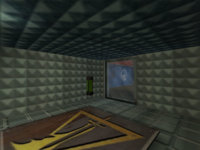 ​
The Signal (signal.bsp) by Jamie Mactaggart

Among the buildings of a war torn city, The Signal is a Capture / Defend map where the attacking team begins on the roof with a single Flag. The attackers must bring this Flag to capture a communications Truck located in a garage at the base of the building. The defending team must hold out and successfully guard the Truck for 10 minutes. Teams swap roles each round.

While the other two Barking Dog Studios TFC maps were created by Mair, The Signal was made by Jamie Mactaggart who had previously worked at Team Fortress Software and Valve. At Valve, he had contributed before to Team Fortress Classic and Half-Life deathmatch. 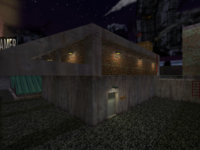 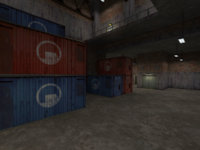 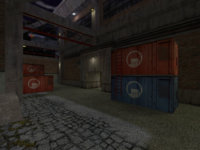 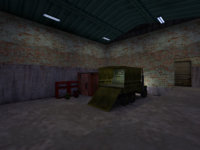 The final TFC map that Barking Dog worked on ultimately went unfinished. Unused textures included in the assets of their released maps show that it was meant to be a snow-themed level. An unused skybox named "arctic" further reinforces this theme. 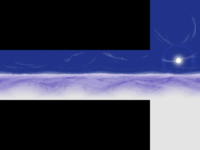 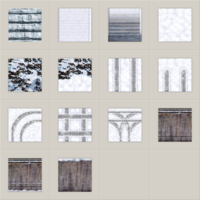 Barking Dog Studios was the first team to work on the mod Deathmatch Classic. Gabe Newell had asked them if they could port Quake's deathmatch mode to Half-Life and remaster it. According to Mair, there were a lot of players at the time which hadn't embraced Half-Life's deathmatch, and Newell was interested in trying to bring them over.

At first, Barking Dog took the original maps and redid all of the textures and lighting to make them look more modern. Valve gave them feedback that Quake players then were not interested in this type of enhanced visuals, so the team went back and redid the maps with classic lighting. However, Valve felt they still weren't correct. Barking Dog had also rebuilt Quake's player models to make them work in Half-Life.

The team worked on the project for a few months before they ended up abandoning it, choosing instead to focus on Counter-Strike. Deathmatch Classic was then given to the Holy Wars mod team who developed their own version which eventually released.

During this period, Valve had been looking for ways to give new content to the community in order to keep them engaged in and playing Half-Life. This desire lead to One Man, an unreleased single player mod started by Barking Dog intended for Half-Life. Described as "Die Hard in Space" by Mair, who did the design and written the story, it ultimately did not develop much further than being a game design and concept. A rough version was said to be playable, but it wasn't very advanced. Once again, the focus on Counter-Strike took over, and the team ended up shifting all of their efforts there.

Counter-Strike's co-creator Minh Le was working at Barking Dog Studios at the time. When Valve discovered this, they asked the company if they could help Le develop the upcoming Beta 5 version of his mod. Gabe Newell wanted to improve Counter-Strike, so the team worked on the project for months to help better and rebuild the mod and add new maps and content.

Set in an urban area with apartment blocks, Alleyway is a Hostage Rescue map that was first introduced in Beta 5.0. Due to its complex layout, it is considered one of the less popular Hostage Rescue maps, not reappearing again in the series until Global Offensive as a community remade map in Operation Vanguard. 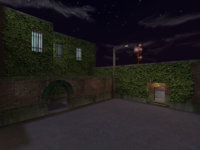 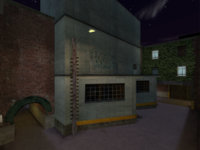 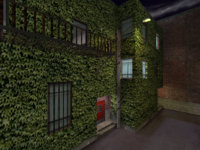 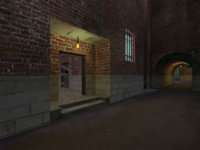 Train is a Bomb Defusal map that was also introduced in Beta 5.0. Taking place in a train station, the terrorist team must plant a bomb to destroy one of the two nuclear payloads being transported on flatcars.

Train has since developed a long legacy in the Counter-Strike series, being featured in almost all incarnations of the title. You can find more about the level's development by viewing 3kliksphilip's video. 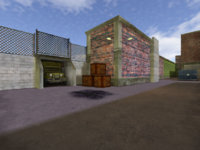 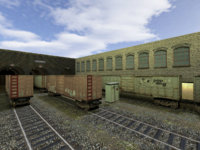 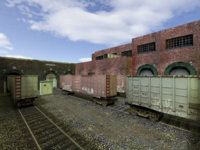 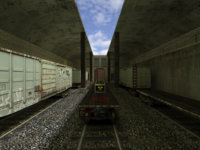 In all of Barking Dog Studio's levels discussed here, their company logo with the title "Popdog" appears. The term Popdog is a reference to the name of the team at the studio who worked on first person shooter games.