In today's article, we're going to talk about Half-Life's lost feature, Timeline. In November of 1998, Valve released Half-Life along with Worldcraft, a level editor which was included on the game's disc to allow mod developers make their own custom levels. The same tool was used by the company to build the game. This release also included a guide by Chris Bokitch to help people learn how to use the editor.

In a pre-release version of this guide, dated March of 1998, there is an unusual screenshot of the Object Properties, a menu used for editing entities. In this image, the window has a fourth tab named Timeline, which is not available in any release of the editor.

According to the guide, this feature was created for Half-Life. It was to allow the user to specify an exact period in hours and minutes when the selected entity will be in the level. Like in the Fallout games, you could have a character only appear between selected hours in your map. It is unknown how the game was to keep track of the time. We contacted Bokitch for further information. He told us that he doesn't remember using the feature, or adding support for it to any game data file used by the editor. 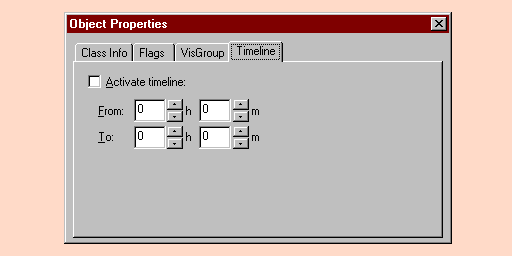 While Half-Life never had a working time system like sandbox games, there were plans to implement dynamic levels that would change over time. In the early previews of the game, Gabe Newell talks about how the players could travel back to an area they've already been at and see changes. Moss would grow on the walls and alien creatures would breed during the player's absence. According to former writer of the series, Marc Laidlaw, this was when Newell was thinking of possibilities early in the development and were never added to the game.

The pre-release version of the help guide was included in the developer tools published for Sierra's SWAT 3. While the game does not use the Half-Life engine, its levels were made using Valve's Worldcraft.