The making of the world's first Half-Life fan comic

The Adventures of Dank and Scud was a fan comic series based around the game Quake created by Michael Houston. The sixth and the final issue, "It's a Wonderful Half-Life", featured Valve's Half-Life and was released on November 13, 1998. In the comic, the protagonist duo, Dank and Scud, find themselves back on Earth only to be caught in the middle of an experiment gone terribly wrong. Before the release of Half-Life, Houston was invited to Valve to create an issue based on the game. To commemorate the 20th anniversary, Houston created a new website and added audio commentary to his comics. In the commentary, Houston talks about how he was invited to Valve to work on the comic. 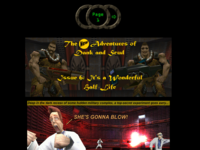 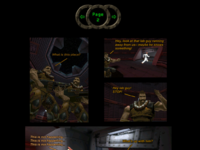